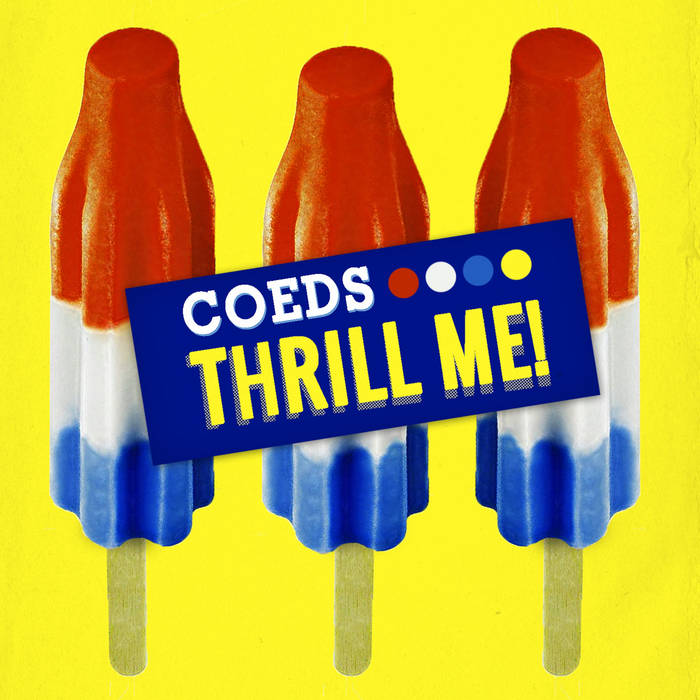 The title Thrill Me! references a catchphrase from 80's cult classic “Night of the Creeps” while paying homage to the band’s hometown of Savannah, where, in the summer, neighborhood kids hit the streets in search of homemade frozen juice pops, called ‘thrills.’

The album, led by vocal team Anna Chandler and Philip Reynolds Price's Patti & Lenny-esque trade-offs, is a high-fructose helping of vintage-inspired rock ‘n’ roll in the vein of Detroit Cobras, The King Khan & BBQ Show, and The Cramps. Whether they’re contacting past lovers via Ouija board (“Mystifyin’ Oracle”), dancing across the gym floor in their bobby socks (“I Wanna Dance With You [All Night Long]”), or calling out lecherous cat-callers (“Night of the Creeps”), COEDS keeps it raw and hooky with memorable melodies and explosive energy. ﻿

Bandcamp Daily  your guide to the world of Bandcamp